NORSAR continues to innovate and develop the NORSAR Software Suite. We are dedicated in providing the best tools available, following the ever-changing advances in the industry.

NORSAR Software Suite 2021.2 Now includes a new NORSAR-3D workflow, the Illumination Cubes workflow can be used e. g. as a survey planning device in connection with surveys intended for inversion projects (tomography, FWI etc.). The workflow performs ray tracing through the model, and maps the ray paths to a regular 3D cell grid in space. Several ray attributes can be mapped to get a picture of to what extent various parts of the model have been penetrated (illuminated) by the rays, and what ray directions are represented. The results of the process are a number of cubes, one for each ray attribute.

NORSAR Software Suite now also includes a new Workflow Queue System, a tool designed to efficiently run several modelling jobs in batch mode. It allows adding existing workflows into a queue system to efficiently complete projects. Several batch wavefront tracer setups, or several different illumination maps can be scheduled to run one after another. The results are available for analysis as soon as the workflow has finished.

The new NSS version provides updated functions for 2D model building. A 2D model can now be extracted from a 3D model along a 2D New General Section within the NSS project (in addition to a 2D model along an Inline/Crossline Section). The general (random) section is along a selected NSS polyline. NSS 2D modelling allows for a user-friendly, and efficient ray-path and event analysis, even in the most complex models. 2D models can be displayed in the 3D Viewer and expanded into 2.5D models. 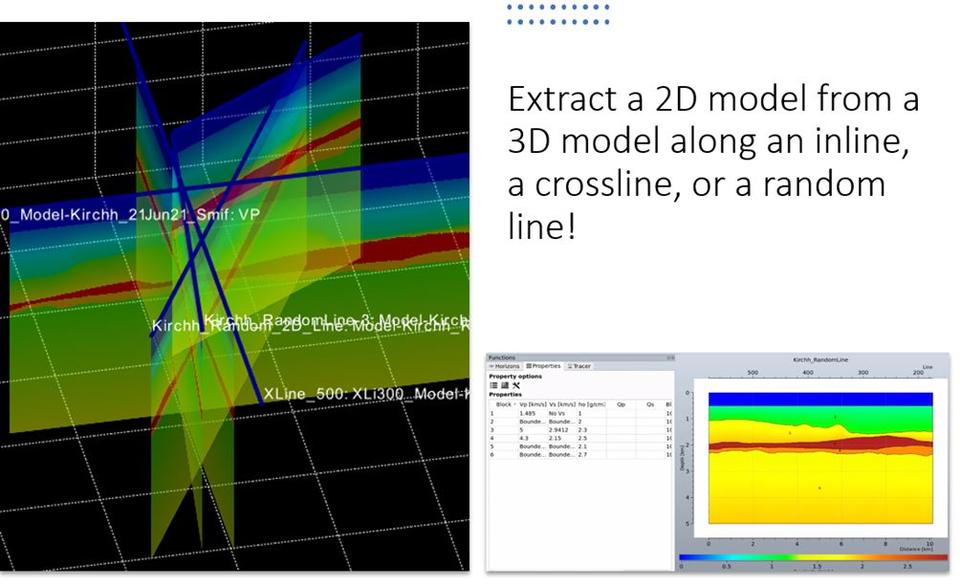 A new tool to create a 3D models from a set of 2D models is also now included in the suite. The 3D model is built by interpolating between the 2D models, and allows for efficiently utilizing both 2D and 3D ray tracing. The selected models may be inlines or crosslines, a combination of both, or even general sections. However, all selected models must have the same number of surfaces.