The new NORSAR-3D unveils a revolutionary new user interface for the NORSAR software. It makes the advanced and proven NORSAR-3D technology available in a completely new and simplified user experience.

NORSAR-3D is part of the NORSAR Software Suite framework.

NORSAR-3D is available in Pro and Expert configurations. NORSAR-3D Pro is fully included in NORSAR-3D Expert. The new NORSAR-3D versions are backward compatible with older versions of NORSAR-3D project data.

All NORSAR-3D configurations are available on both Windows and Linux. 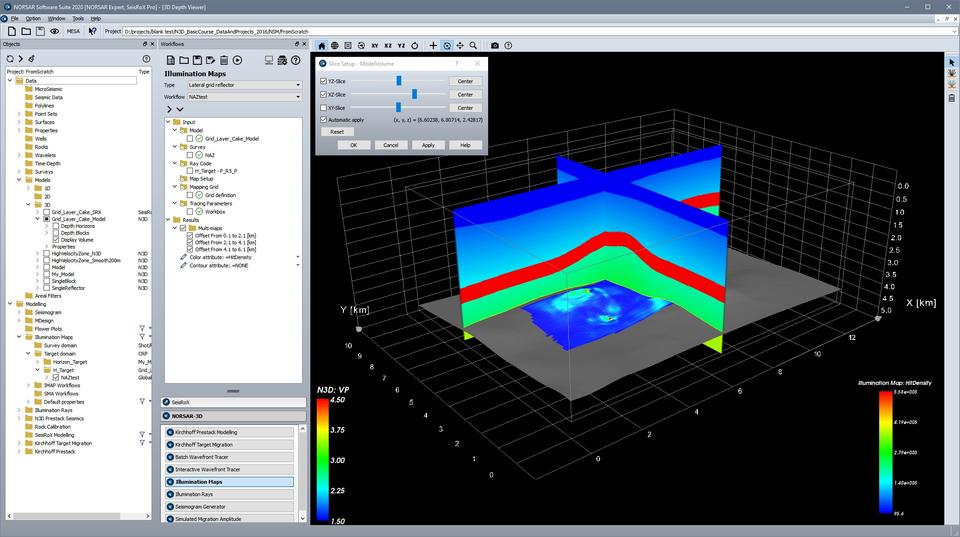 NORSAR-3D includes functionality that enables you to:

The NORSAR-3D package also includes batch processing, allowing models to be computed on multiple processors, greatly speeding up the turn around time.

NORSAR-3D is the most advanced product on the market for seismic illumination studies and model-based survey evaluation and analysis. The package is also used on a full industrial scale for generation of traveltime maps for Prestack Depth Migration (PSDM).

The wavefront construction technique, first developed and implemented at NORSAR, ensures that all calculated rays are consistent in the Open Ray Model. Model run times are reduced, without compromising results, by the efficient way in which NORSAR-3D calculates ray contributions for a large number of shot and receiver positions. 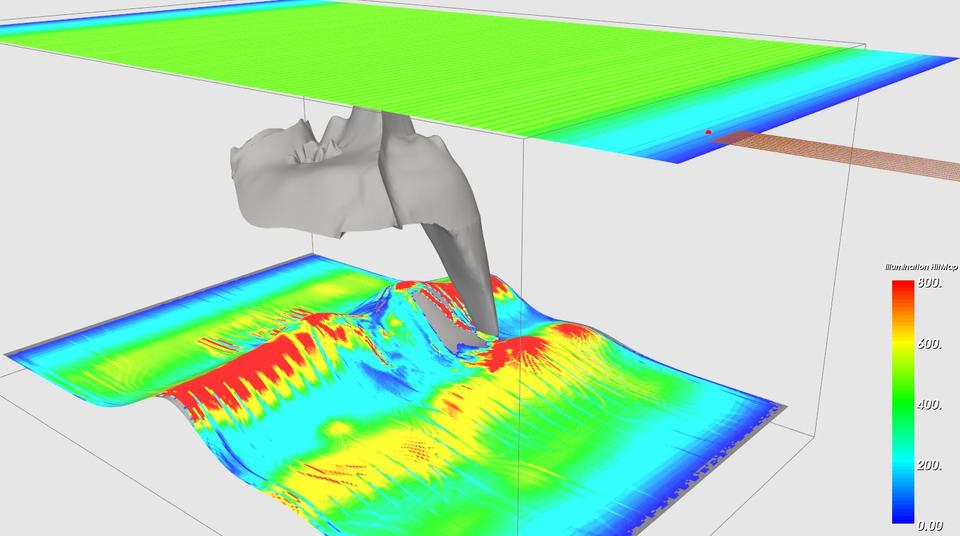