SeisRoX is fully integrated in the NORSAR Software Suite platform and is available in two different configurations: Basic and Pro. SeisRoX Basic is part of SeisRoX Pro.

SeisRoX is available on Linux and Windows.

SeisRoX Basic is a flexible, efficient and easy-to-use seismic modelling software which rapidly simulates the seismic response of geological reservoir models including the effects of a complex 3D overburden and source-receiver illumination/resolution effects.

SeisRoX Basic focuses on a local scale and contains three types of workflows:

SeisRoX Pro includes all the Basic functionality, and in addition it contains a full-field PSDM simulation workflow. With the Pro version, larger scale modelling is done by utilizing space-varying Point Spread Functions. Detailed studies of the space-varying PSF's can be done with the new PSF focusing map.

SeisRoX Pro also includes Rock Physics transformations to describe and calculate the relationship between geological properties and the effective (average) elastic and seismic properties to be used in the modelling. With the Rock Physics functionality the seismic response of rock property changes can be studied. 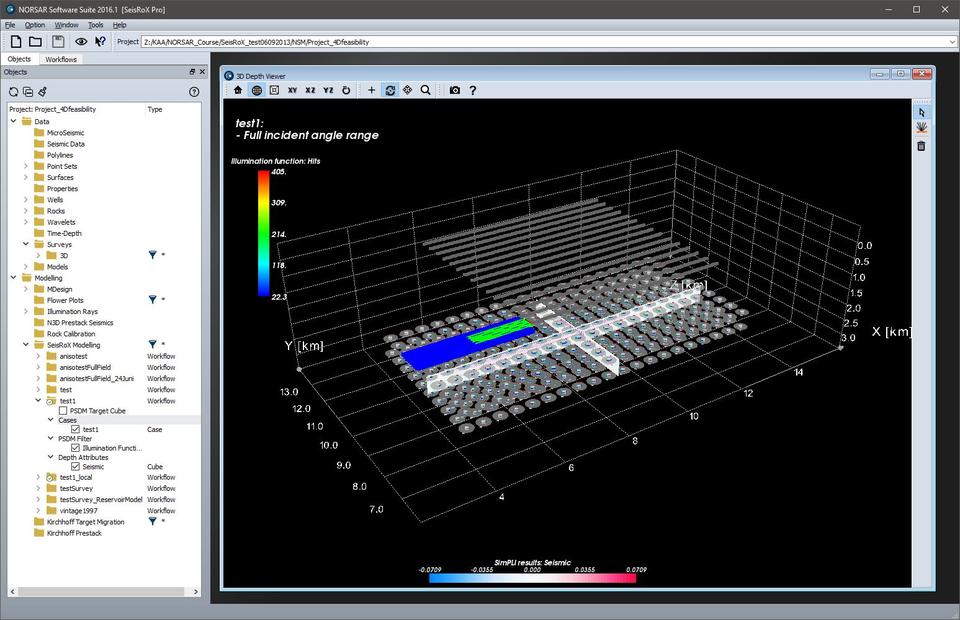 Each tool can be used to provide innovative solutions to problems faced by the E&P scientist. However, the true benefit of SeisRoX is realised when the tools are integrated to provide the user with a robust, efficient and flexible workflow. In this format, the software guides the user from the generation of the rock physics model to the simulation and analysis of the 3D PSDM seismic image. This approach is particularly useful for investigating the seismic sensitivity of geological properties, seismic properties and reservoir geometry.

Capable of handling both large scale and small scale models, the effect of the overburden and survey characteristics can be incorporated while giving the user the functionality to assess the sensitivity to variations in rock properties and seismic parameters at the reservoir scale.

A key to the success of the software is the design, which overcomes the limitations and simplifications inherent in conventional analysis.

SeisRoX™ provides an integrated and efficient workflow for modelling the PSDM response of hydrocarbon reservoirs and other local targets. 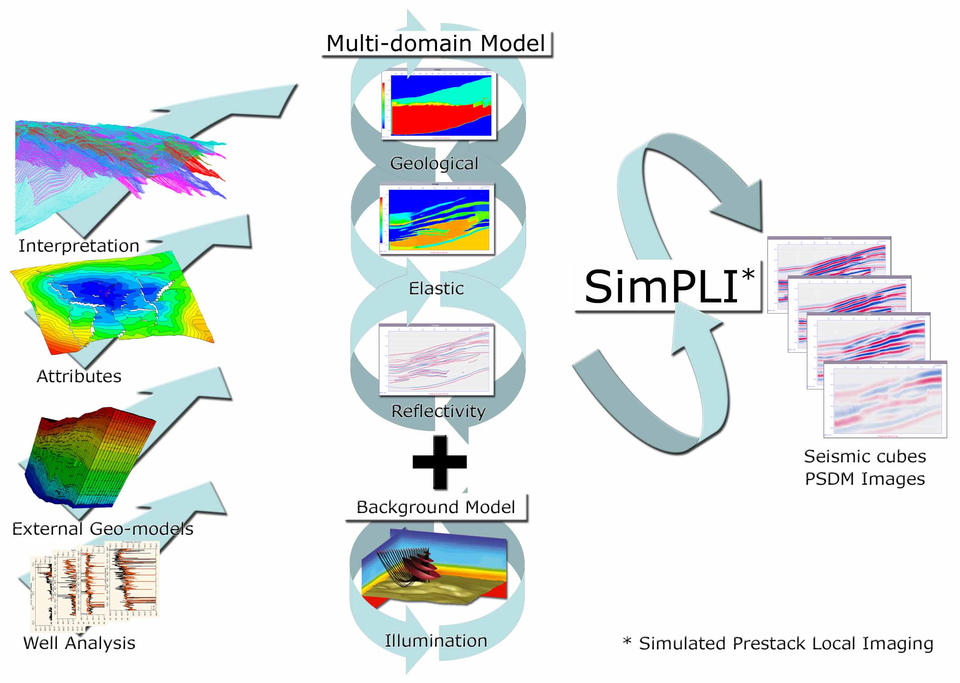 The core of the SeisRoX workflow is the multi-domain model, travelling from the geological domain to the elastic domain and the reflectivity domain. The innovative seismic modelling technology within the patented SimPLI* process combines the output of the multi-domain model with the illumination information gained via ray tracing to simulate a PSDM image. This process is completed in moments and provides the user with a very accurate simulation of the PSDM image where both resolution and illumination are considered. This speed, together with the option to import data into any stage of the multi-domain model, results in a highly versatile tool.